A great many Classical ancient Latin texts went missing in the middle of the Dark Ages; that is: until the late sixth or early seventh centuries, we have evidence that people still read them, and then we have no more evidence that they were familiar to anyone later than that, and they are still missing. So we need to scour the Dark Ages to learn more about how and when and where the texts disappeared from our present-day view. We must learn all we can about these Dark Age people who mention, or, in more fortunate cases, quote the now-missing texts. If the lost ancient texts are mentioned or quoted in letters, as is very often the case, we must learn all we can about the people to whom the letters were addressed. 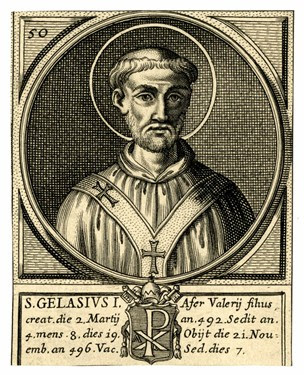 Encyclopaediac works (that's our word for them today) written in the ancient world and Dark Ages are tresure-troves of these mentions and quotes: works by Flavius Maximus, Gellius, Octavian, Servius, Isidore. We must know these encyclopaediac works thoroughly for clues about what happened to those texts, when and where and how they went missing, to gain clues about where and how we might find then again.

It's assumed that many Classical Latin texts were lost in Dark Age wars, when Germanic tribes and Huns invaded the late Western Roman Empire and carved it up into empires of their own, Visigoth and Ostrogoth and Frankish and Lombard realms. We must know all we can about those wars, in order to imagine as exactly as possible what happened to those lost texts -- were they hidden from the invaders and their fire? Where would they be hidden? Are some of them still in those hiding places, having been lost track of by those who hid them?

We must shake off a prejudice toward thinking of these Germanic conquerors as illiterate; literacy rates may have decreased compared to those of the Roman Empire, but much scholarship was supported by Dark Age Goths and other tribes. They did not completely despise scholarship, far from it. Benedict, Cassidorius, Isidore, justly celebrated as preservers as ancient Latin literature, as bright lights in the darkness, they all thrived under the rule of these "barbarian" tribes.

We do not know for certain how much ancient literature was lost by the violence of Dark Age wars. We do know that many ancient manuscripts were re-used in the Dark and Middle Ages, the Classical works scraped off and Christian works written where they had been. We know this because we have found the Classical works on those ancient pieces of papyrus, we have found ways in which we can still read then even though they were scraped away so long ago. We can read the indentations left by the ancient pens, they're called palimpsests. We have found many of these ancient Latin palimpsests, we must find the rest!

This is not the only way in which ancient parchment was re-used; it was also made into a material called cartonnage, which resembles cardboard in appearance and hardness, and was used to make book covers and to wrap mummies. By methods which are far over my head, modern wizards have recovered many of the ancient texts preserved in these pieces of cartonnage. We must find the rest.

Vast amounts of of previously-lost ancient Greek texts are being re-discovered in ancient pieces of papyrus, and occasionally of parchment or other materials, in the Mideast, mostly in Egypt. Now and then among these bits and pieces, amongst vast amounts of ancient Greek, an ancient object written in some other language is found. We Latinists get lucky now and then this way.

Medieval Western European archives are full of records written in Latin; Medievalists are hurrying to preserve and record as much of it as they can, and are worried that much of the material, written on parchment, will rot away before they can get to it. They want more students to become Medievalists! Among these Latin records of the business of Medieval communities, here and there, now and then, all sort of others written artifacts turn up.

Ancient inscriptions keep being found. Most of them are not what we would call literature; rather, they are things like brief memorials on tombstones, and brief boasts of long-forgotten statesmen. But now and then they contain more.

And there are public libraries and private collections which contain manuscripts which have been very, very carefully searched through in some cases, and less thoroughly in others.

Please tell me what I've missed and what other places we can look for lost ancient Latin texts!

Posted by Steven Bollinger at 3:15 PM